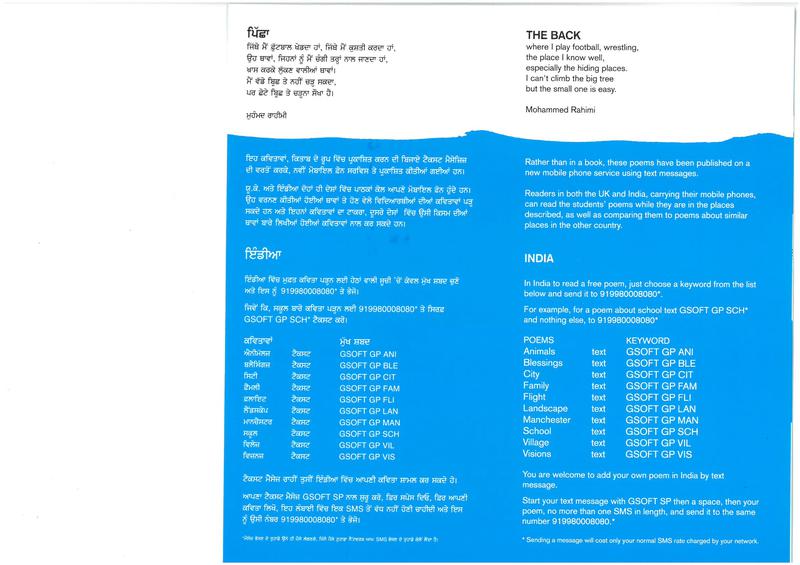 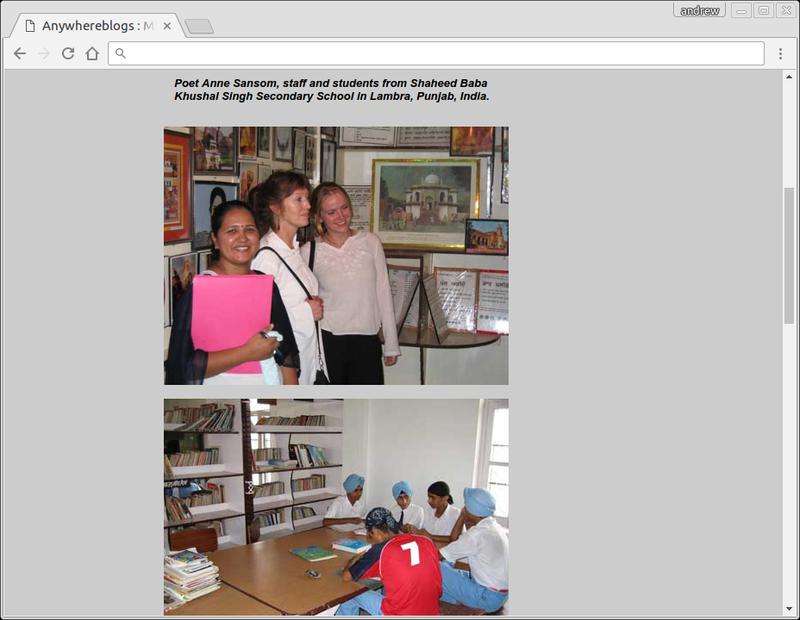 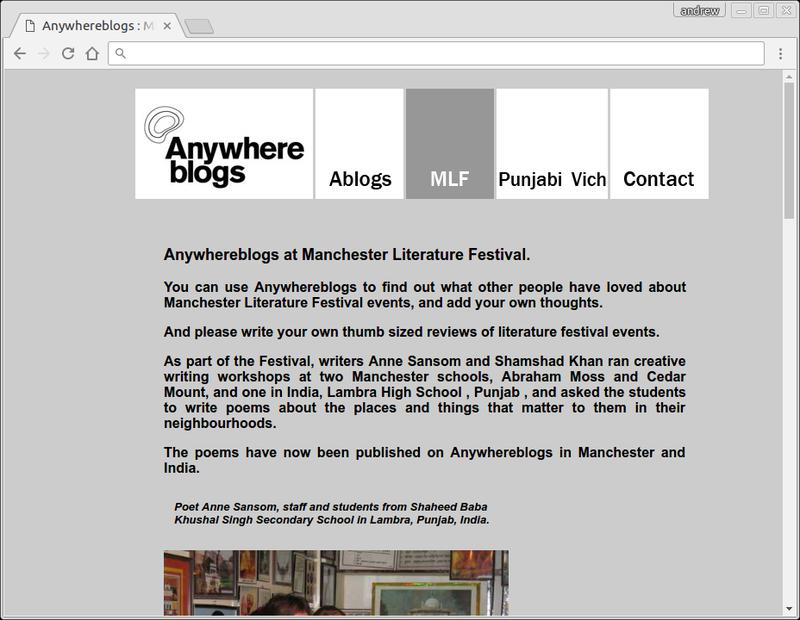 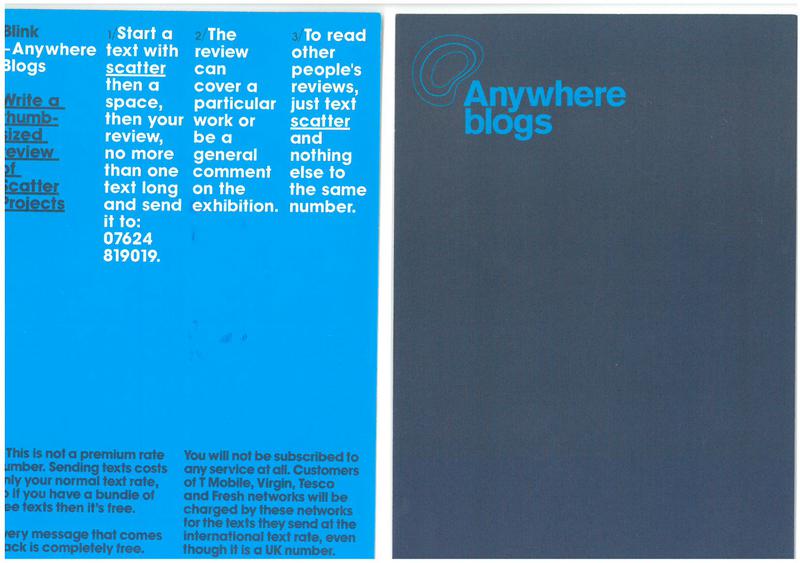 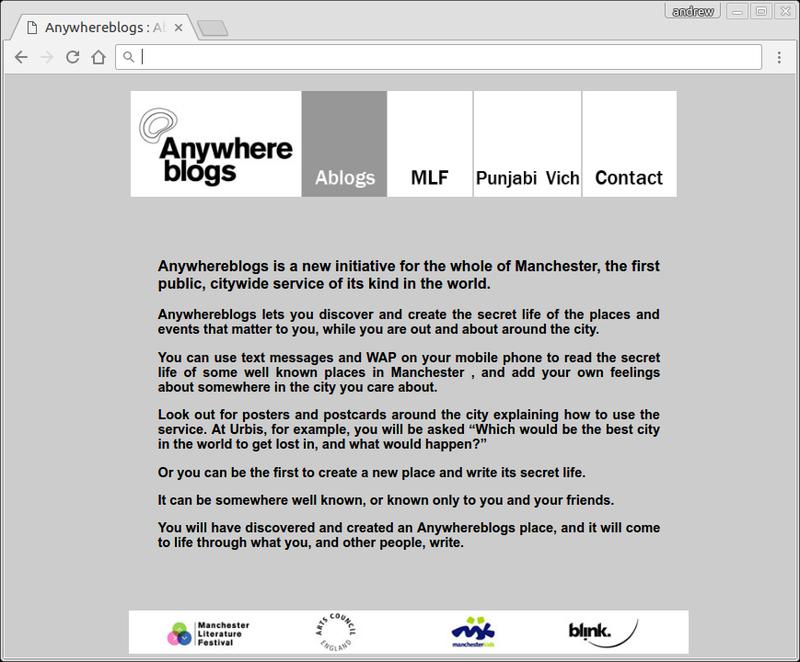 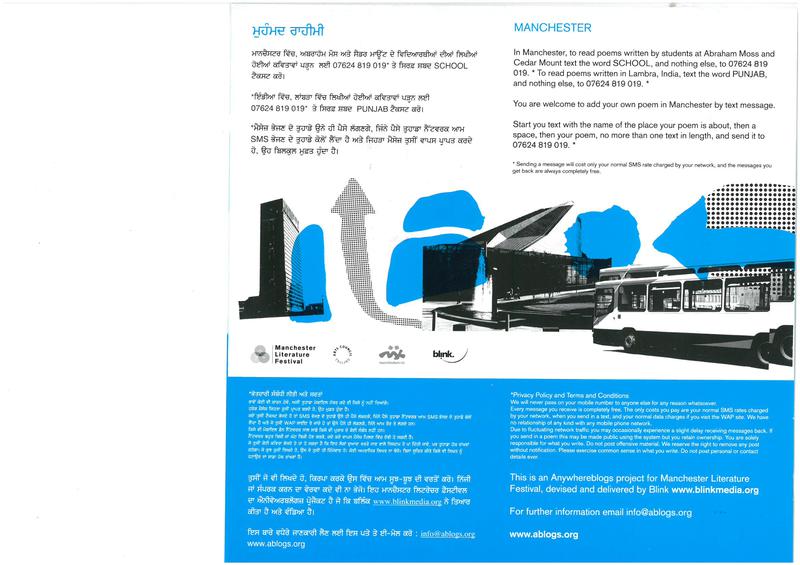 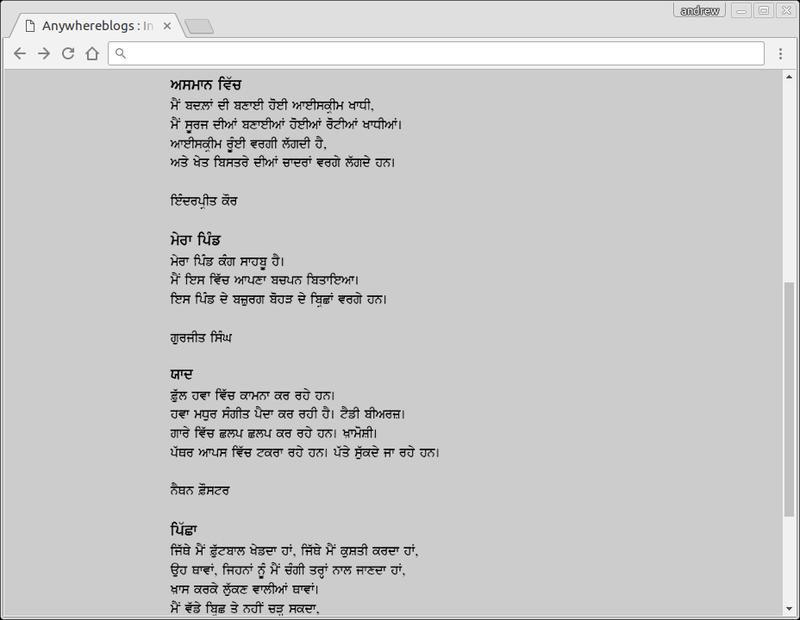 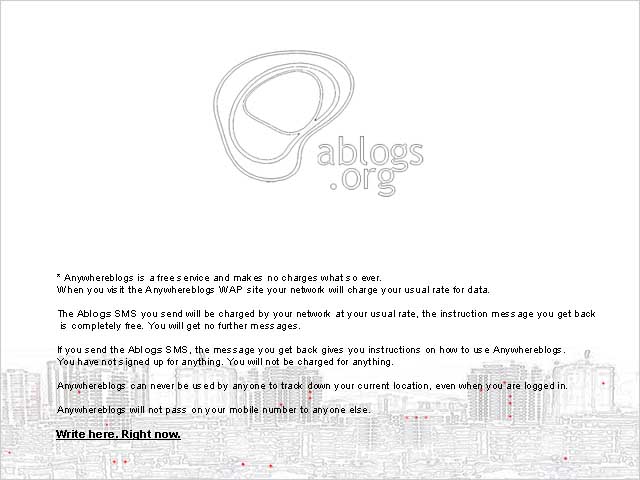 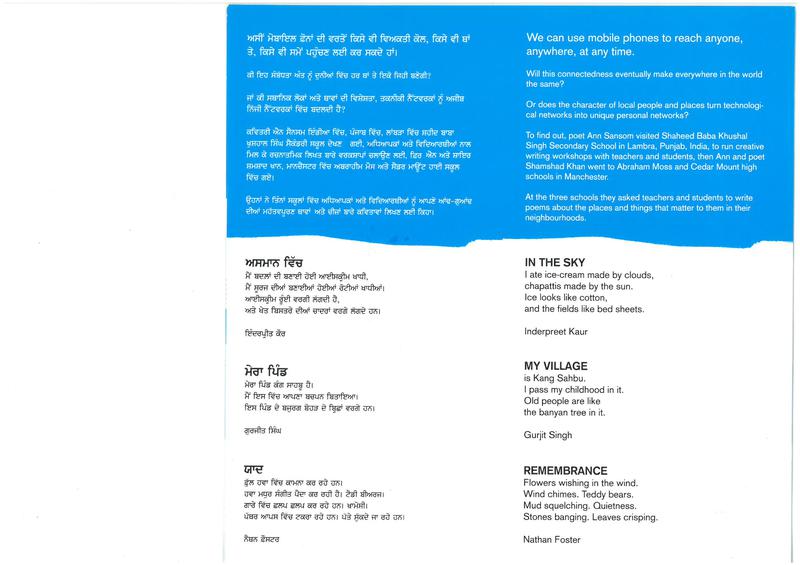 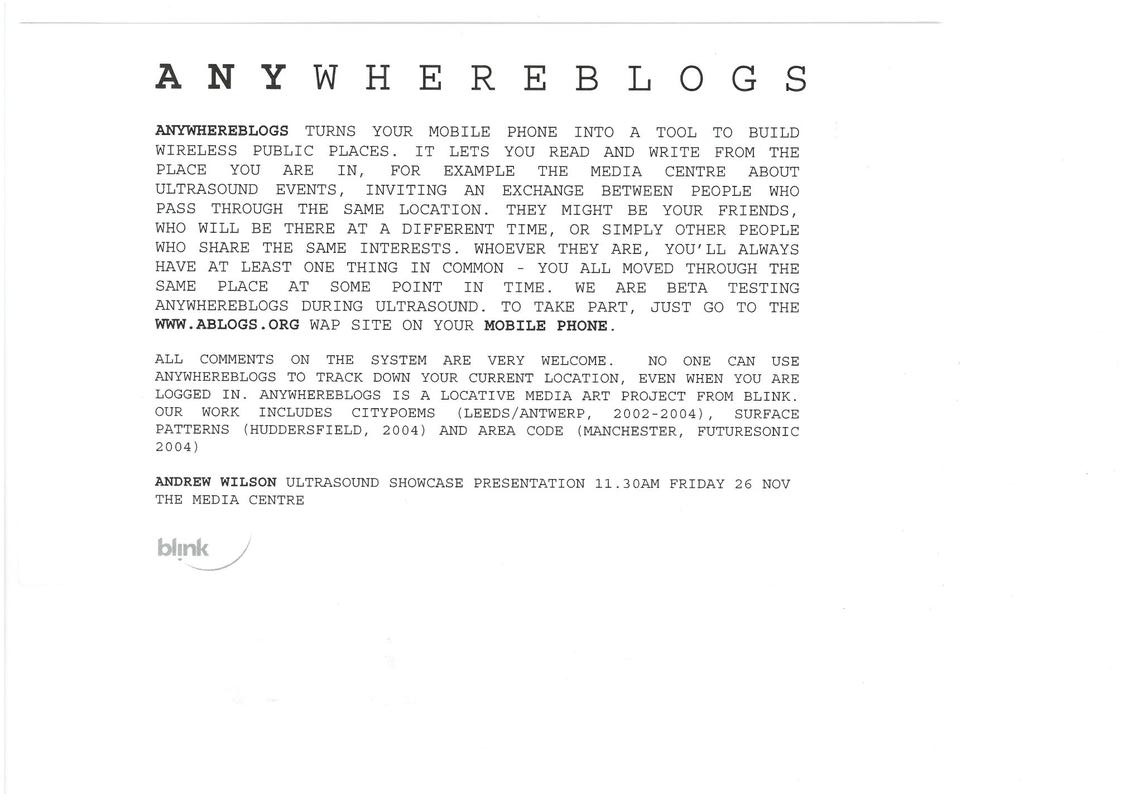 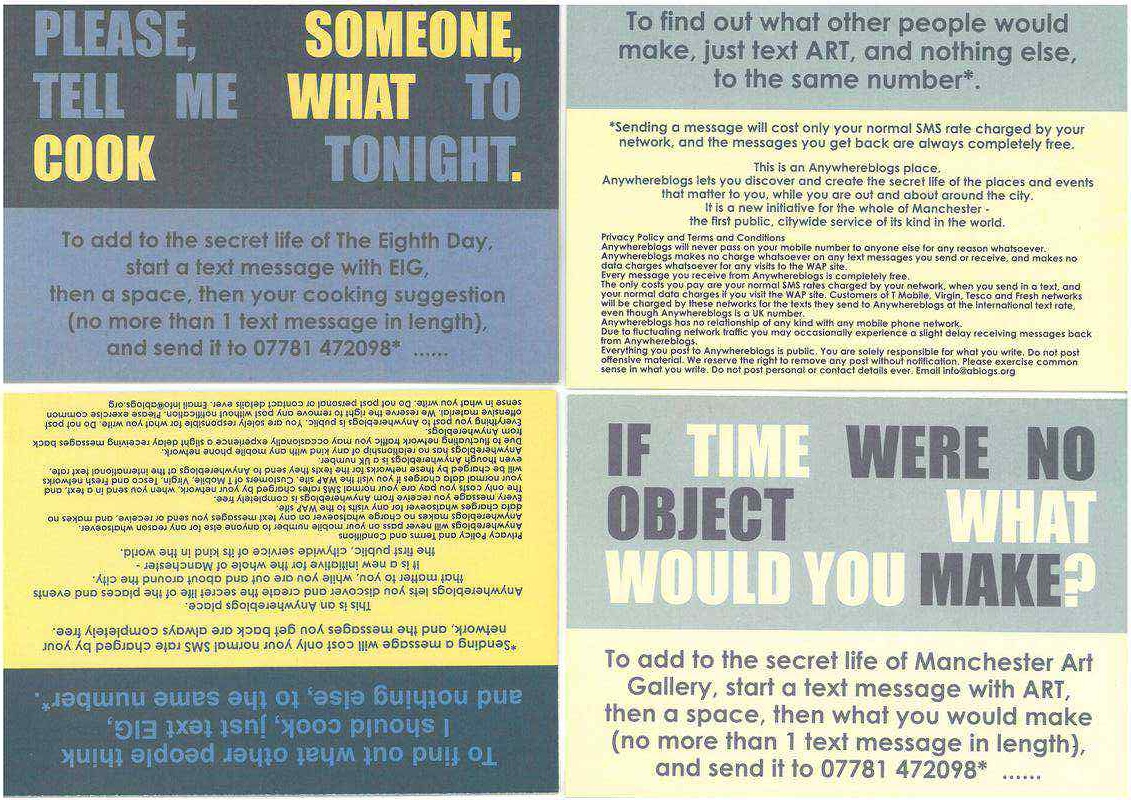 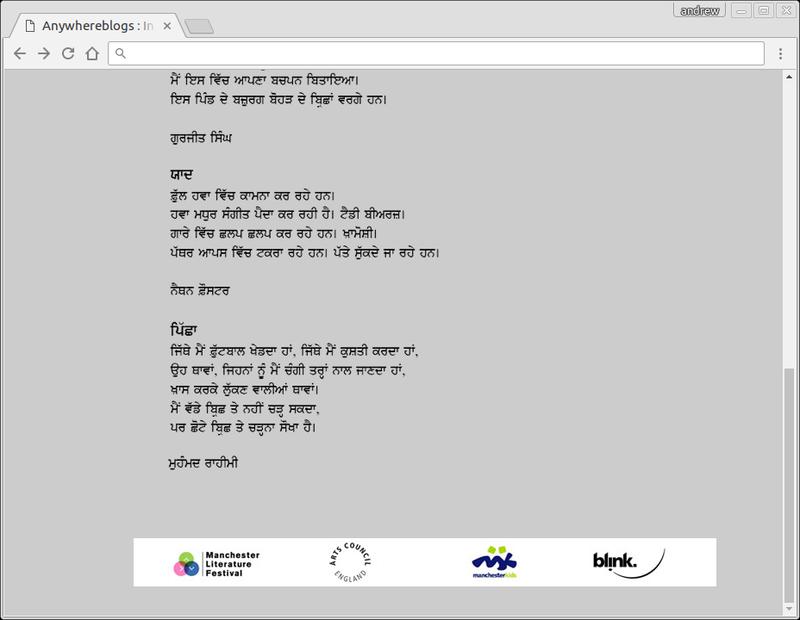 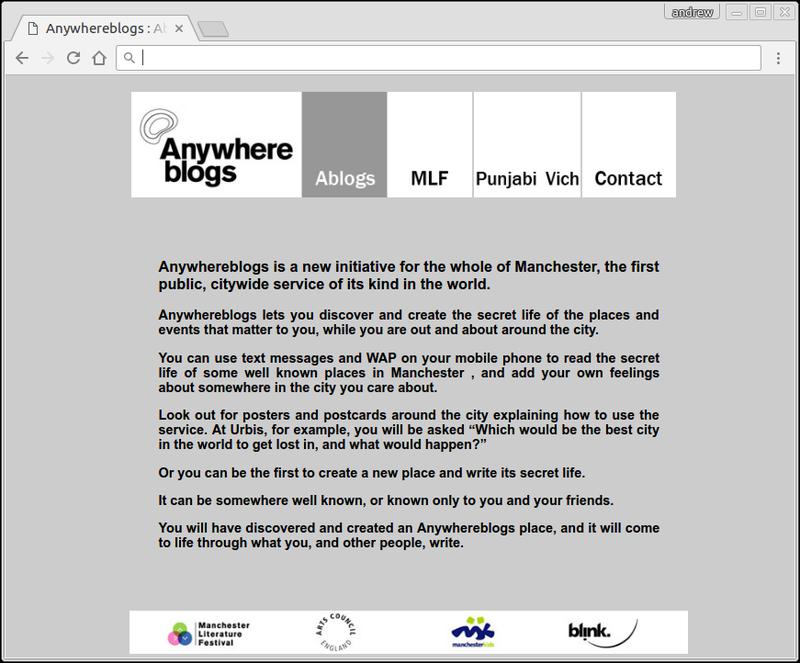 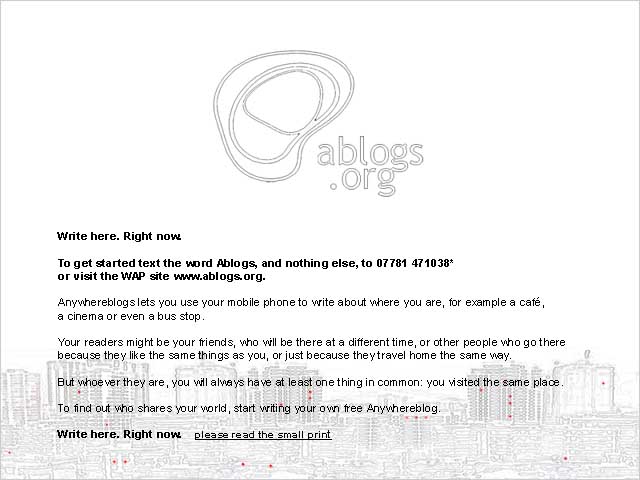 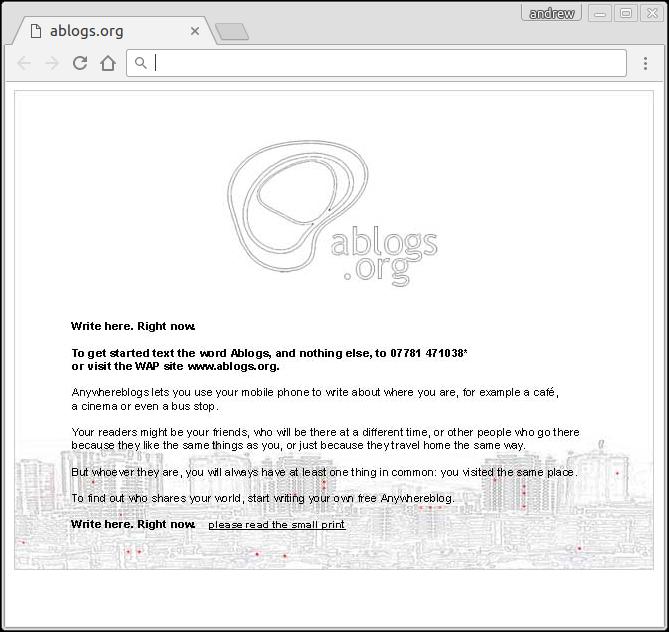 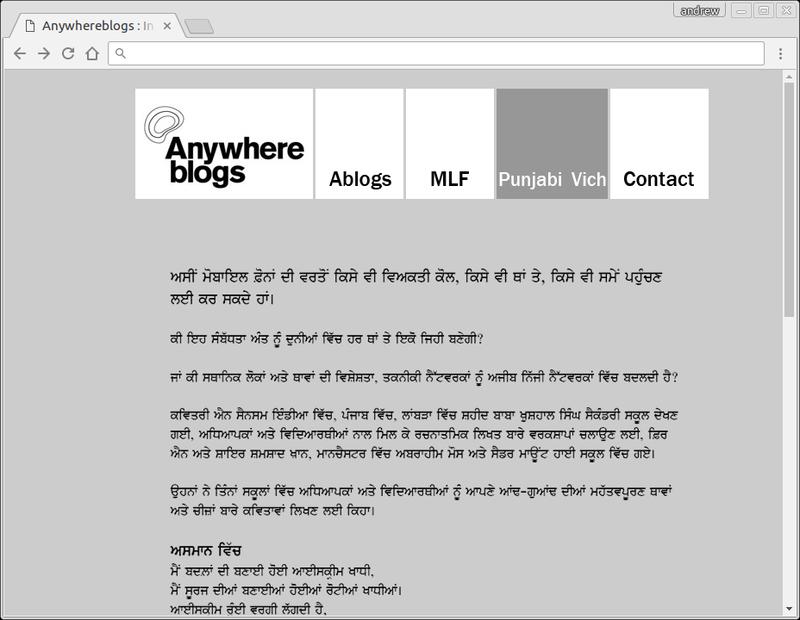 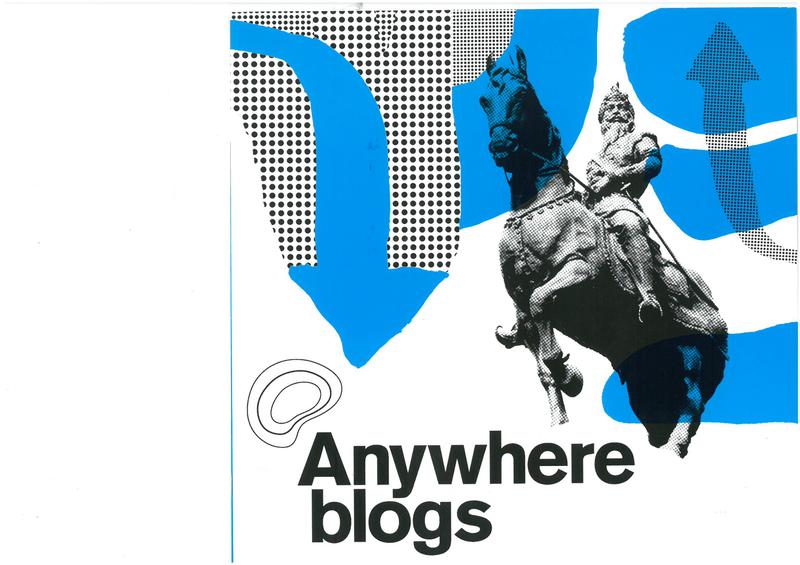 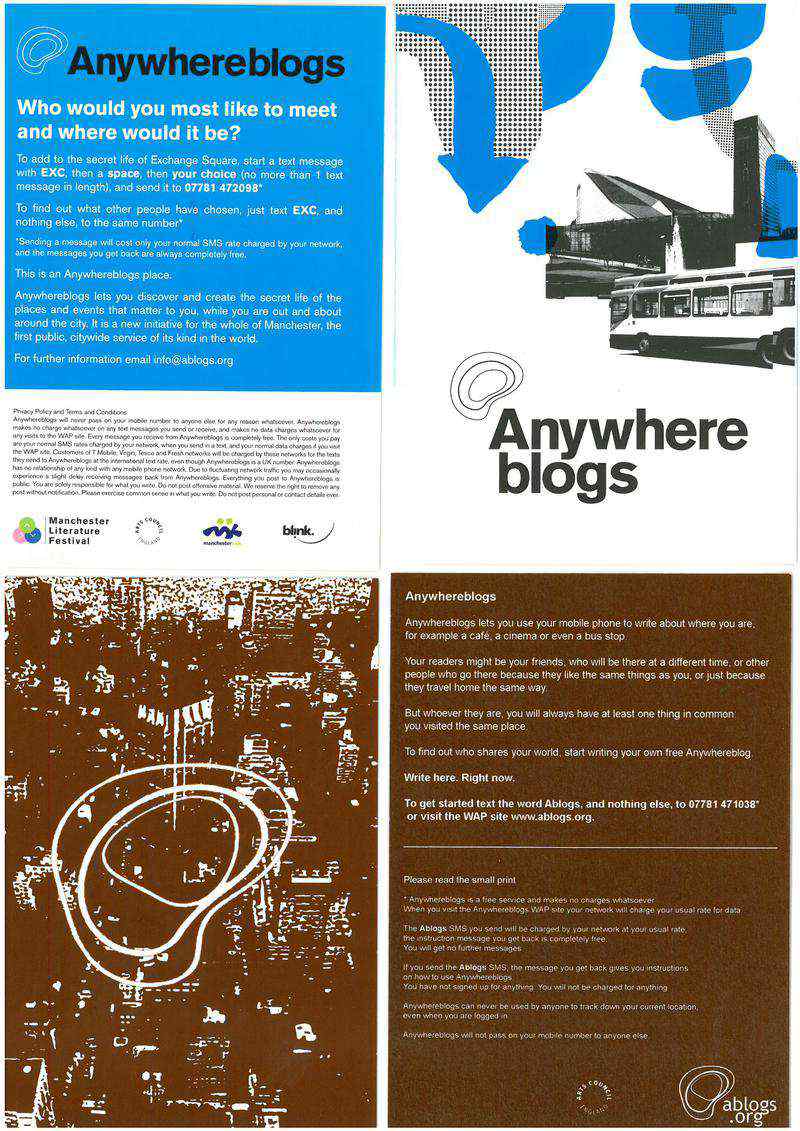 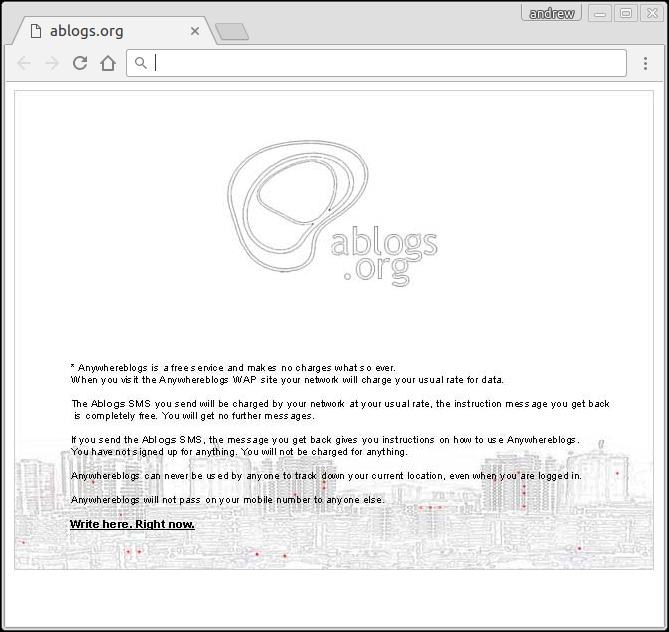 A text message microblogging service launched the same year as Twitter and Jaiku.

Anywhereblogs was a text message microblogging service (as these things were briefly called at the time, before they were just called Twitter!) launched during Manchester Literature Festival in October 2006.

Two other microblogging services started that year, Jaiku, in Finland, and Twittr (that's not a typo, there was no 'e' when it started, in the style of Flickr).

Anywhereblogs was slightly different, in that rather than making an account for a person, people could set up pages for places - things like venues, museums, cafes, community centres.

The idea was that places hold lots of different kinds of people in common, and if the presence and activity of all these people were more visible to each other, unexpected connections, and positive outcomes, might emerge.

That's not such an unusual insight, for example a well known sociologist called Richard Sennett talks about public spaces, and towns and cities as a whole, as places where people cross over and do the hard work of co-operating with each other. We don't have to have everything in common, just recognise that we share some things, even if it's just the place where we are, and build on that.

Anywhereblogs recognised that we all have a device for making and maintaining connections, a mobile phone, with us all the time and wherever we are, and built a structure for using that device to grow the space for co-operation around places.

For Manchester Literature Festival, Anywhereblogs was used in two ways to try and do that. The first was a creative writing project with schools in Manchester and India.

The second was posters at venues around the city that asked questions which people could reply to by text, or read other people's answers by text. So for example, a poster at the Manchester Museum asked "What Will Be In The Museum In 20 Years Time?"

The posters and questions structure was quickly developed into "Where Were You Happiest to Arrive?" at bus stops across Manchester, and what happened with that is well worth having a quick look at.

Anywhereblogs text message microblogging was a development of the Anywhereblogs WAP service which was itself based on City Poems.

It developed into Thumbprint which people have used in all sorts of great ways to support the socially valuable things they are doing.