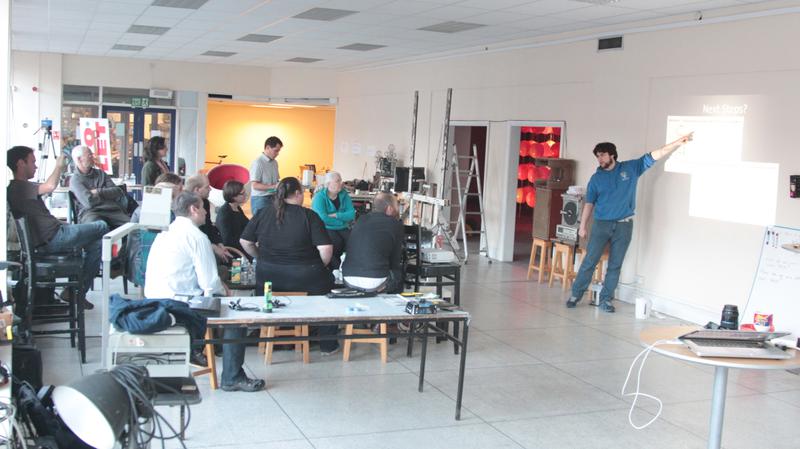 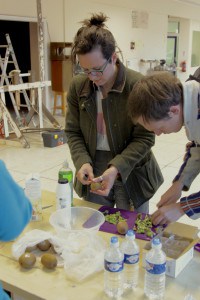 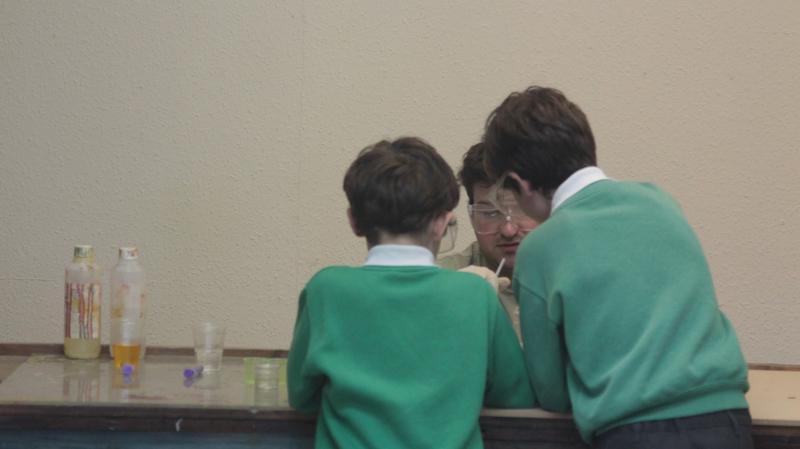 BioASMbly was an evening event focused on biology that I initiated at the first Superposition ASMbly pop-up lab.

There were presentations from Lorna Dougan, a physicist at the University of Leeds, and Paul Turner, a member of that year's Leeds team in the iGEM synthetic biology competition, followed by a DIY biology activity - extracting DNA from kiwi fruit using vodka and washing up liquid - and a session making a microscope from a webcam, led by Paul and Joe Corcoran, a member of Leeds hackspace.

Gregory Radick, Professor of History and Philosophy of Science at Leeds University was at the event, and wrote a piece called Biomachine Dreams based on it.

bioASMbly was the starting point for a programme of activities I initiated and organised (I didn't plan it in advance but I knew roughly where I wanted to end up and figured it out on the way) to try and work out a structure for facilitating collaborations between artists, scientists and makers.

I followed up BioASMbly with BioLeeds, Superposition Pale Ale and ultimatley the sandpit process, a carefully considered structure to generate ideas and new collaborations informed by the artist-scientist-maker structure of Superposition, which I co-founded, and the experience of bioASMbly and bioLeeds.

Though there is still much more to develop, the sandpit process did suceed as a repeatable structure.