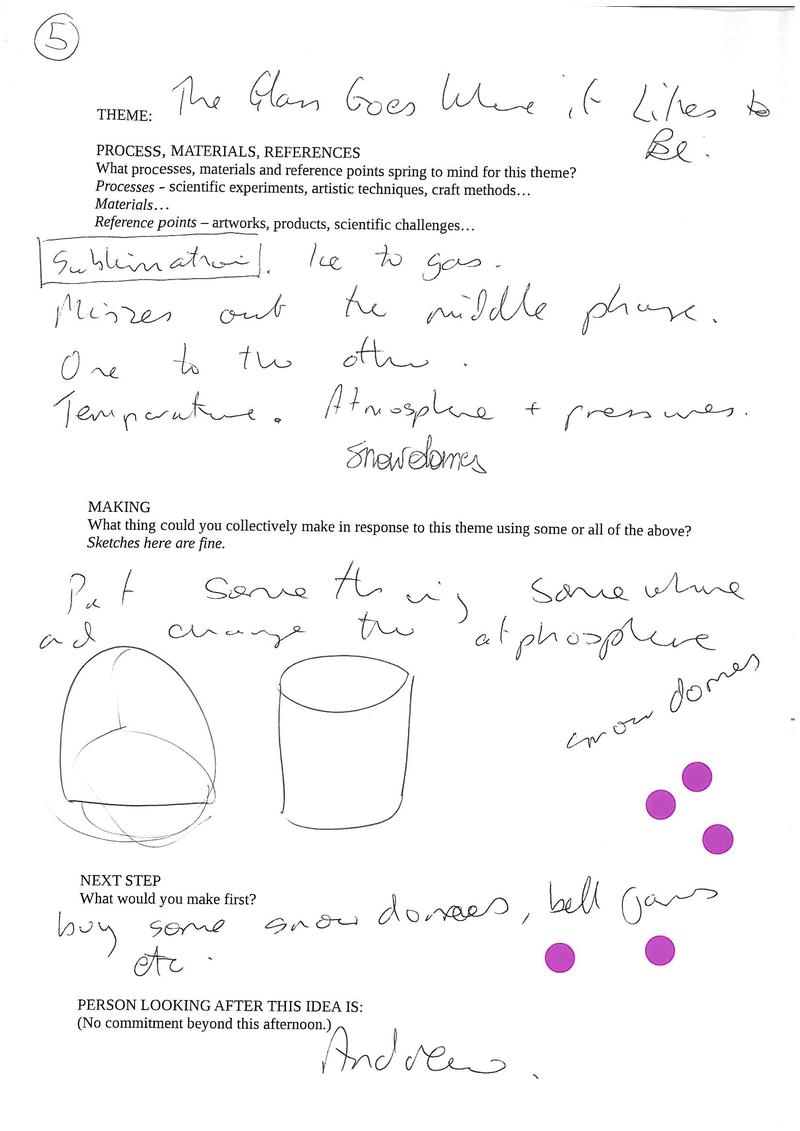 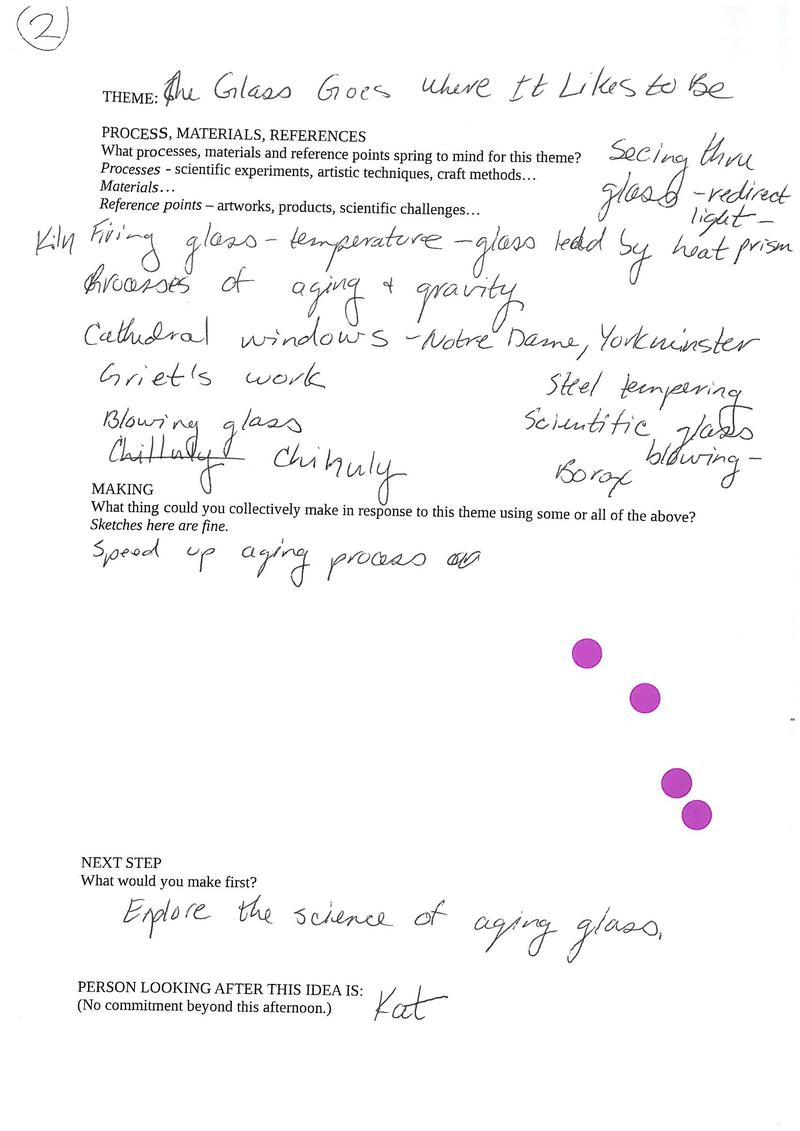 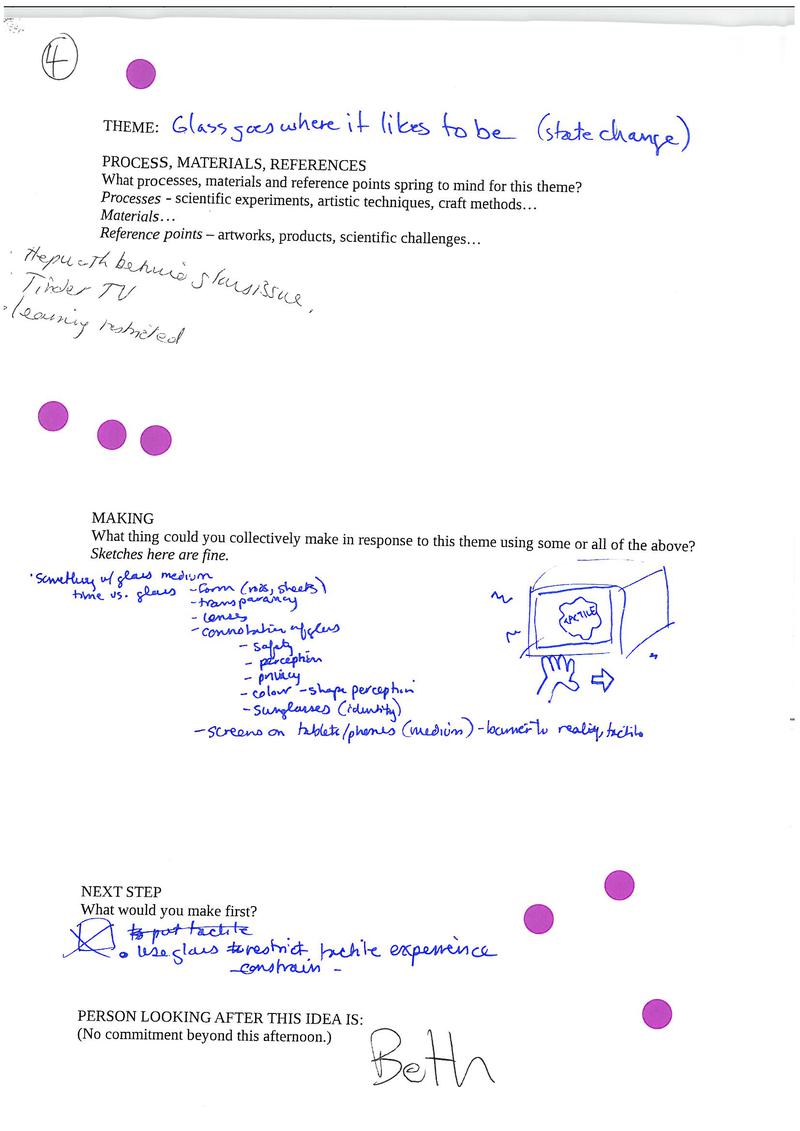 Glass Goes Where It Likes To Be... was an exploration of the fundamental scientific concept of ‘state changes’ between solid, liquid and gas - as in melting glass - and sublimation, in which matter goes through two changes of state, missing out the middle one. We chose snow domes because they are an everyday form that people understand has to be manipulated in order to change the state of the atmosphere inside. The form lends itself to multiples holding a range of different state changes. Our handmade snow domes use commonplace readymade materials with lenses cut into the glass to encourage the viewer to peer inside.

This came from the second ideas generation process.