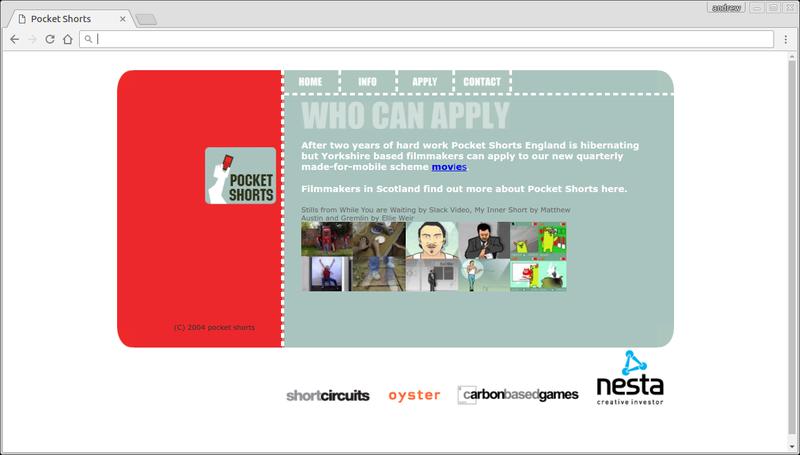 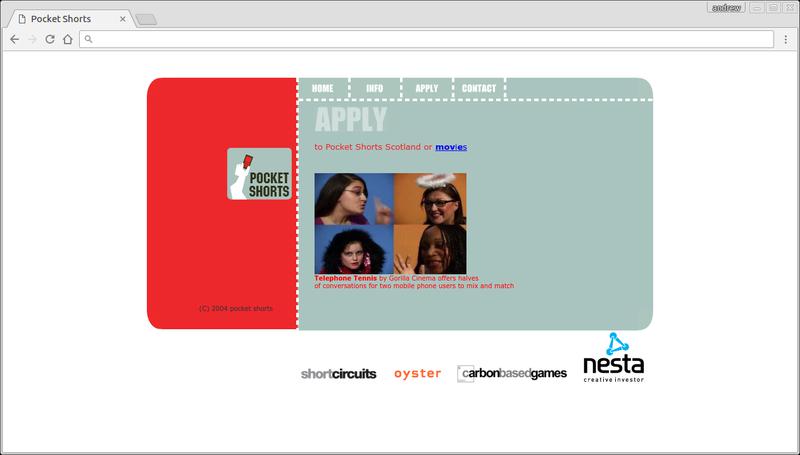 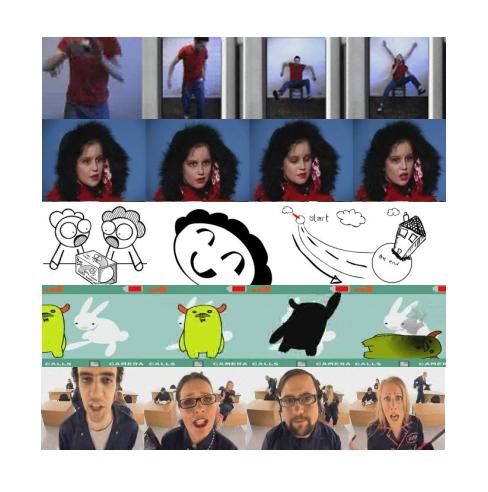 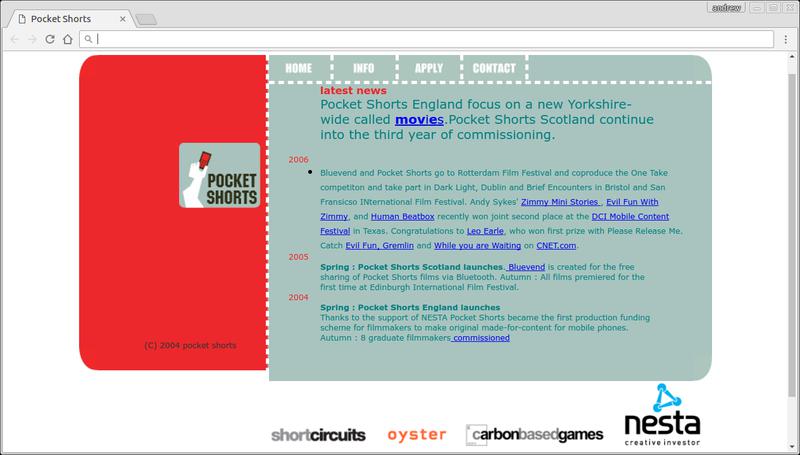 The films were distributed from a Bluetooth vending machine called Bluevend, initiated by Lisa Roberts, the co-director of Blink, that was installed in venues such as Tate Britain and the Rotterdam Film Festival.

There was some interesting stuff in the original brief we drew up:

"The mobile phone audience is unique. They don't sit in a designated venue and have a shared, simultaneous and submissive experience. Your films can be viewed by anyone, any time of day or night from anywhere in the world.

They are an audience-of-one, but if they like your film they will want to share it, either by sending it as an MMS message (if it is less than 15 seconds long), by showing other people what’s on their phone, or by sharing by Bluetooth. They can recommend your film to a friend the instant they’ve watched it using their mobile."

Pocket Shorts was funded by Nesta, the National Endowment for Science, Technology and the Arts, and was repeated in Scotland, and again in Yorkshire as "Movies".