Jump to text about Rfid Snakes And Ladders >> 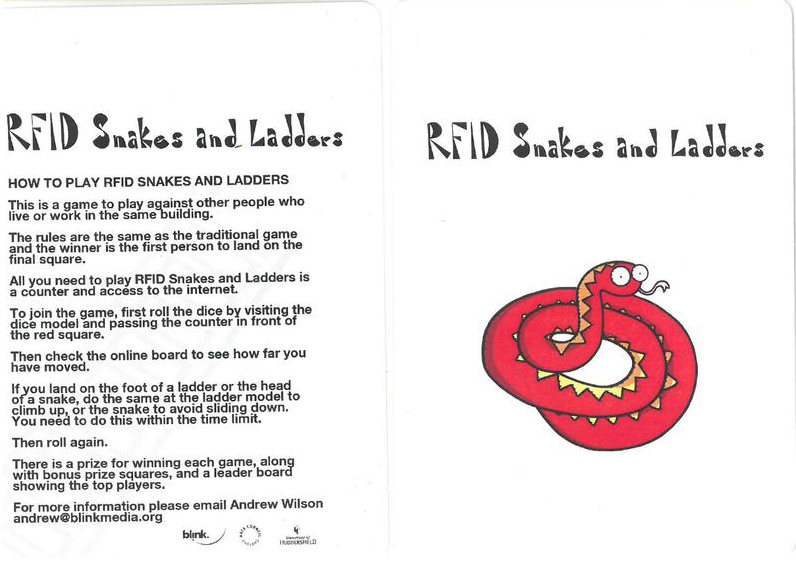 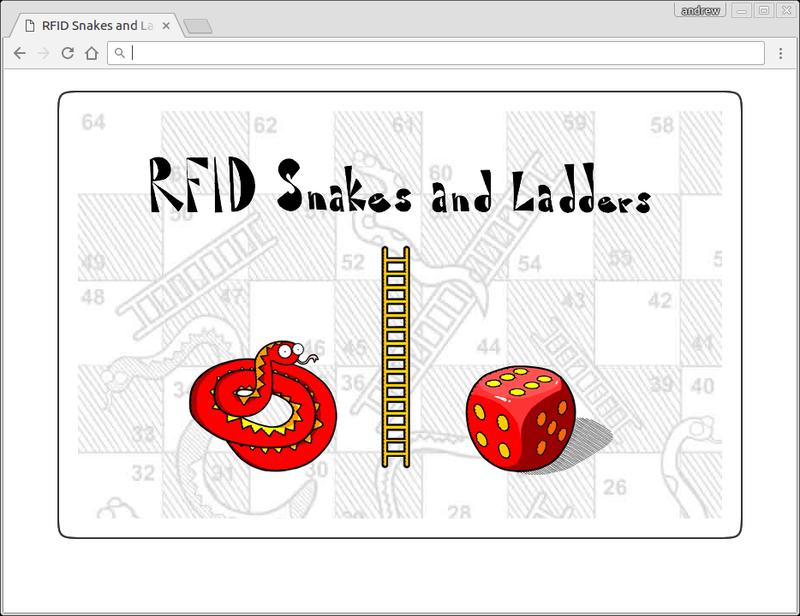 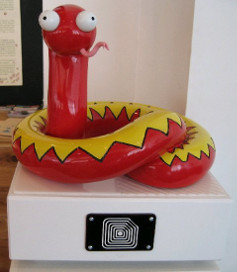 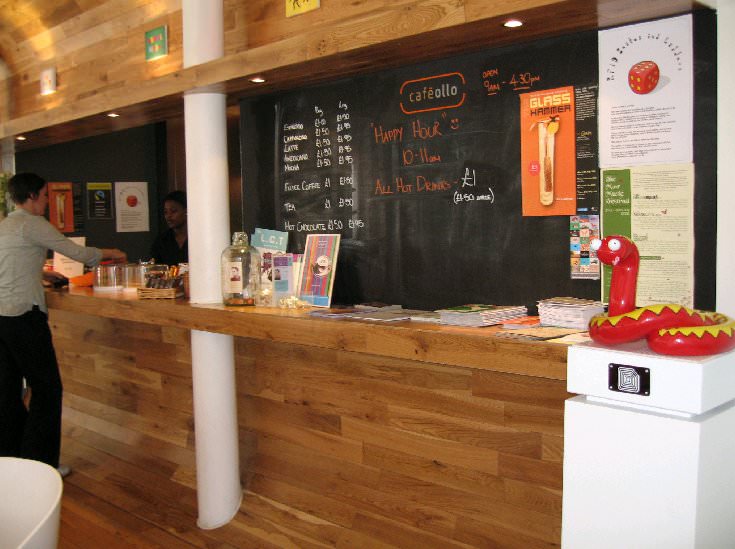 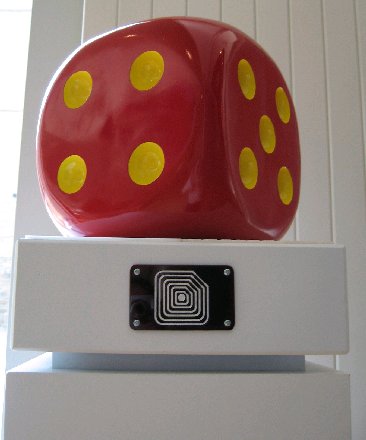 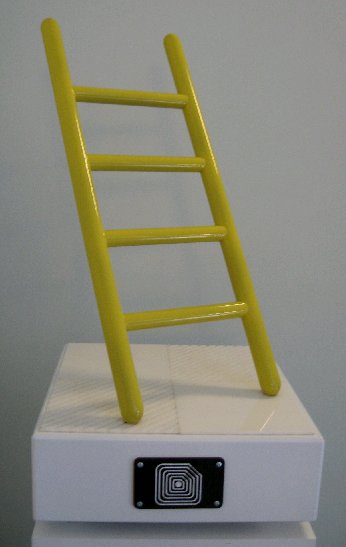 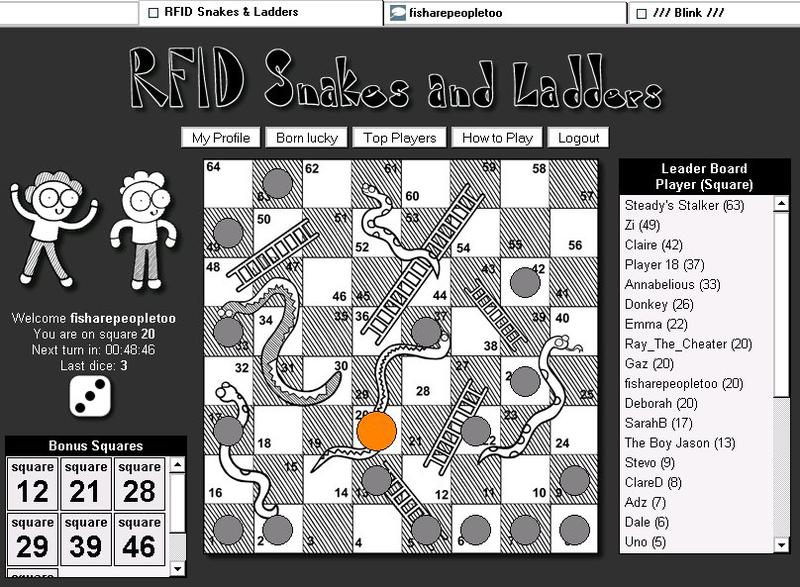 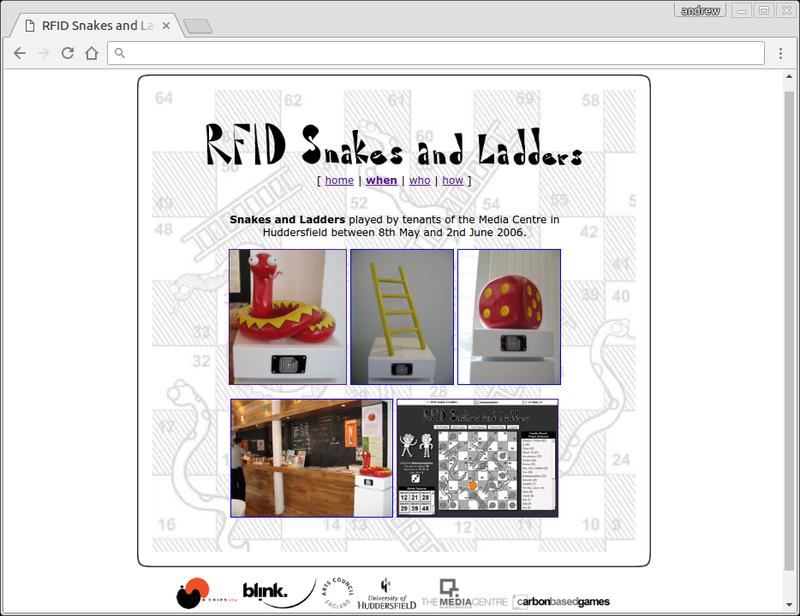 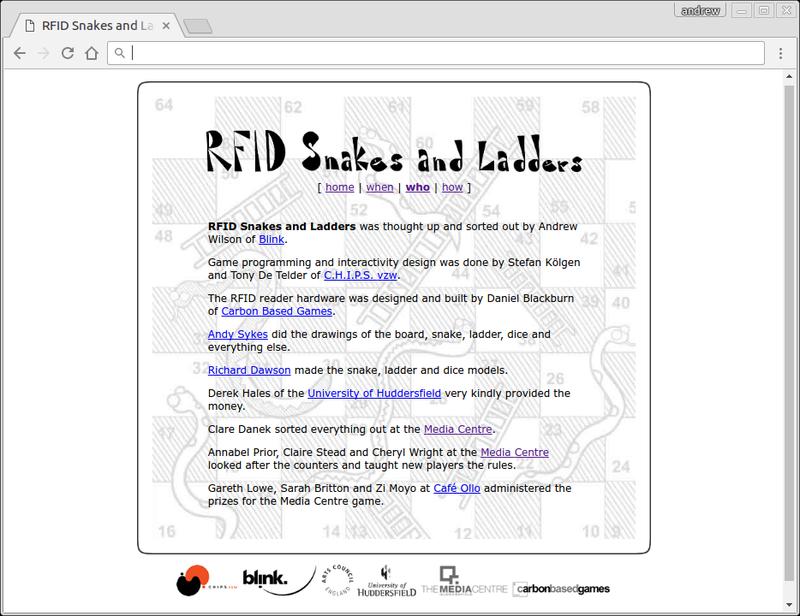 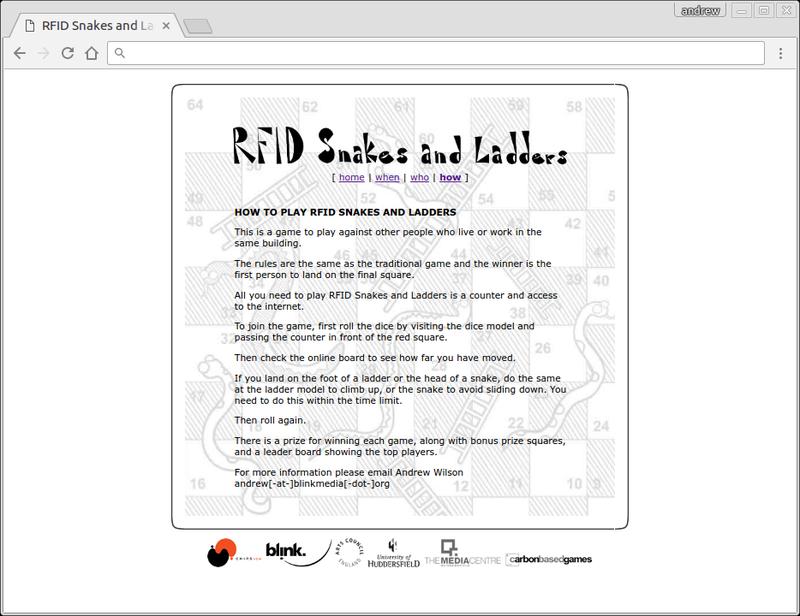 A game of Snakes and Ladders played by moving around a building.

Players moved up an online snakes and ladders board by touching-in at the dice, snake and ladder, all of which were wirelessly connected RFID readers.

The purpose of the game was to grow the network connections between people working in small companies who all had offices in the same building, by getting them to circulate and bump into each other.

Originally we'd wanted to use the RFID system that controlled access to the building - the RFID fobs that people who work in managed buildings will be familiar with.

There were privacy concerns about giving us access to this information so we ended up building our own infrastructure, which gave the event a different but equally interesting character.

RFID Snakes and Ladders was also part of Futuresonic festival in Manchester one year, 2007 I think. It didn't make a lot of sense in that context as an activity, but the models were displayed in the windows of an empty shop and they looked great.

RFID Snakes and Ladders was an outcome of my AHRC and ACE arts and sciences research fellowship.