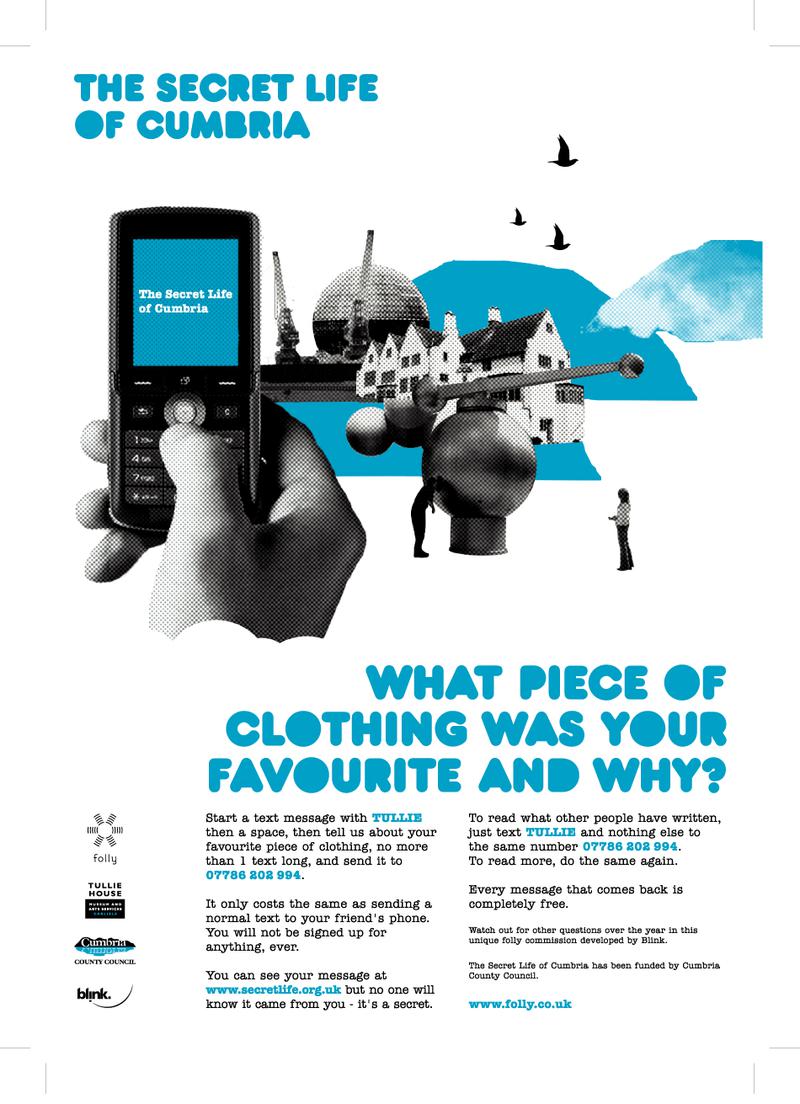 Creating a shared map of the culture of a place.

Secret Life of Cumbria was a development of Where Were You Happiest to Arrive.

At the time I wrote: "Web and SMS consultation project intended to find out what people think about culture in the Cumbria, commissioned by folly and funded by Cumbria County Council."

Secret Life of Cumbria was a mobile phone project but it had a great public life in graphic design, through the posters and leaflets done by Neil Nisbet.

And a secret life when some of the messages sent in were later illustrated by Alison Mealey for the fantastic Foldup comic.