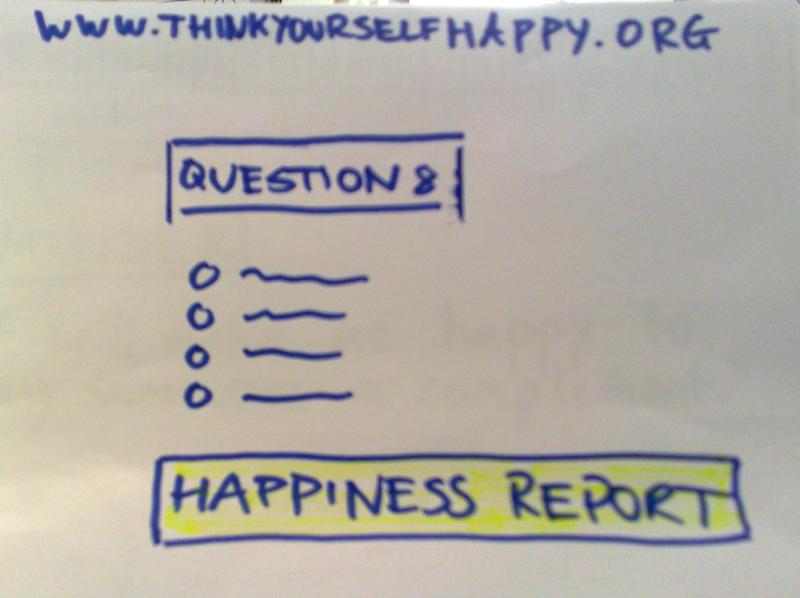 The science of happiness, and how it could be the basis for public health campaigns to increase happiness among large numbers of people.

This was a really interesting project that came from a Crossover Lab about science communication that I went on as a "digital" person.

The group of people involved also included a psychologist from Manchester University and an expert in science communication, so there was a good range of skills to draw on.

We got some money from the Wellcome Trust to develop the idea but it fizzled out because we ended up trying to focus it around a TV programme commission (another member of the group was a TV producer), rather than just cracking on and doing something with the online resources we could get hold of quickly and cheaply.

Something similar did happen a couple of years later, led by a happiness economist, Richard Laycock, without the TV bit.

From our project description:

"The campaign will enable large numbers of people to assess their own levels of psychological wellbeing and give them tools to build a personalised programme of simple evidence-based techniques derived from research on changing mood via cognitive and behavioural interventions to improve their own happiness.

This chimes with a number of government initiatives, including Improving Access to Psychological Therapies (IAPT). We propose to reach a much larger number of people – including those with minor difficulties who would never engage with a GP or a therapist. By reaching these people and passing on simple cognitive behavioural tools to improve their own happiness the project will increase the national level of well being and should also decrease the number of people progressing to costly specialist help. It can also provide a gateway to clinical services for those with more acute needs. Increased levels of wellbeing in the population are associated with decreased levels of physical illness, improved relationships and increased work productivity, hence the project should provide good cost-benefits."