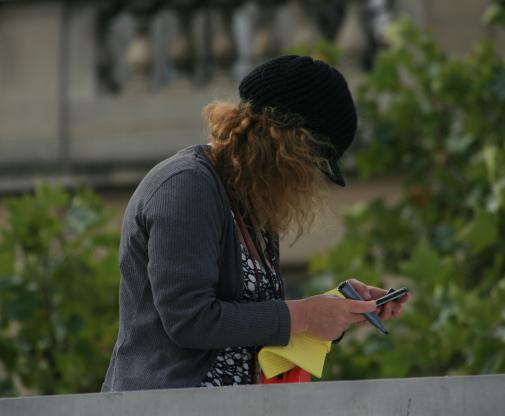 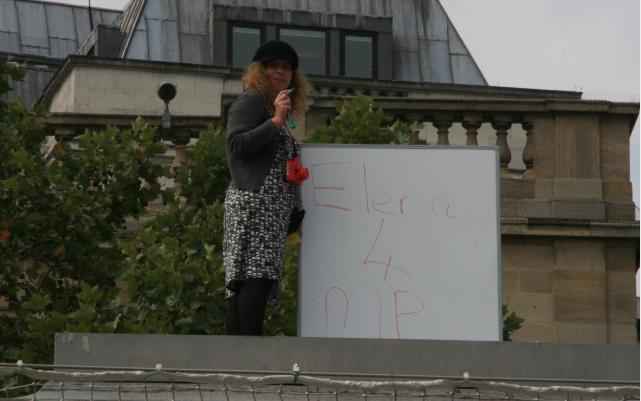 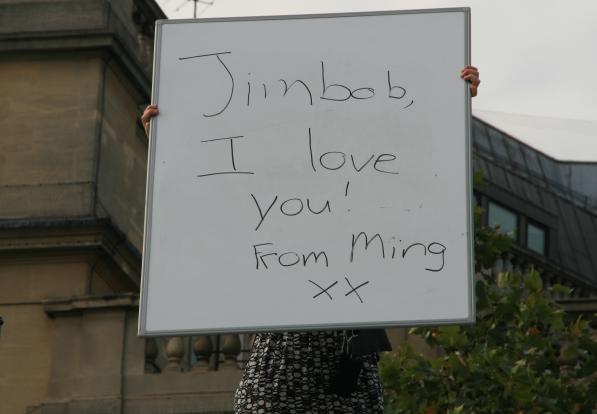 "luis miguel, wherever you are, you are always in our hearts..."

In September 2009 Lorinda Frient, the town centre manager of Battersea in South London, won a place on Anthony Gormley's Fourth Plinth platform in Trafalgar Square, London. Lorinda decided to use Thumbprint to create an event that anyone in the square could also take part in, and advertise the upcoming SW11 Literature Festival at the same time.

Lorinda took a whiteboard, a marker pen and her mobile phone onto the plinth with her. A friend in the square distributed leaflets to people watching, explaining that if they sent a text to the Thumbprint number, Lorinda would read it and write their message on the whiteboard to be displayed to everyone in the square and to the world via the Fourth Plinth webcam.

Once the first message had been written and displayed, the people in the square quickly understood what was involved and over the next hour 40 messages were sent in, to be greeted by applause, cheers and photographs when they were displayed.

Most of the messages were light hearted, but one group in the square sent:

"luis miguel, wherever you are, you are always in our hearts..."

and were in tears when Lorinda held up their message.

Using Thumbprint City on the Fourth Plinth shows two of the reasons why it is such a valuable tool for connecting with people.

The first is that by using text messages, Thumbprint can reach people anywhere - no one who was in Trafalgar Square that afternoon knew beforehand that they would have chance to take part in Lorinda's event, but because they had mobile phones with them, they could get involved on the spur of the moment.

The second is that because mobile phones are such a personal and intimate medium, people will often write very rich, meaningful things by text, for example the message to Luis Miguel that meant so much to the people who sent it.